Help us to improve the products of CJSC ALGONT 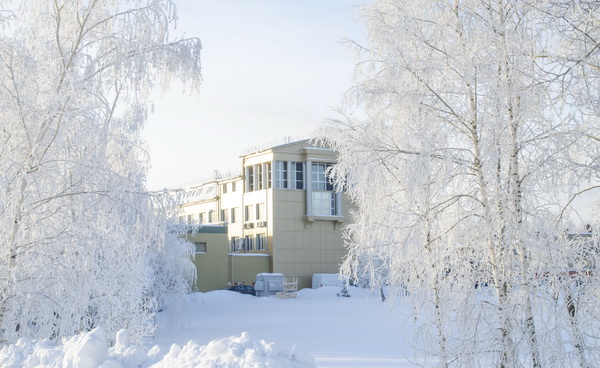 CJSC ALGONT was established in 1989.

Unlike many similar former USSR enterprises, the company was created not on privatized fragments of Soviet industry. ALGONT was started practically from scratch, by a small team of like-minded engineers, led by Kondrashev Sergey Fedorovich - currently Chairman of the Board of Directors. The development of the company, the acquisition of new capacities took place solely at the expense of profits from the implementation of successful projects. The first developments were aimed at creating automated systems to prevent spontaneous combustion of grain in elevators. From 1989 to 2000, more than 300 systems were manufactured and installed.

The first state order - OCD for the development of a system for automatically maintaining the set temperature and humidity in the chambers of the state reserve refrigerators, came from the USSR Ministry of Trade in 1990. In total, 17 largest state reserve facilities were equipped. At the same time, the access control system (factory gateway) was developed and serialized in an initiative order. In the nineties, the function of time-keeping was particularly valued, before the introduction of the system hundreds of "dead souls" hastily wrote an application for dismissal. Thus, at the Gorky Automobile Plant, before the introduction of the system, 15,000 non-existent workers quit.

A special milestone in the development of the software product of ASSAD OS / 2 was the victory in the tender announced by Gazprom in 1997 to replace the software previously supplied by the American firm for a complex of buildings and structures located in Moscow on Nametkina Street, 16.

At the present time, highly-qualified specialists are constantly engaged in research and development work, both for budgetary funds and for the company's funds. The huge scale of the implemented system and the authority of Gazprom have done their job. Large enterprises of different regions appreciated the system we created. Soon orders were received for the nuclear industry, the aerospace industry, the Ministry of Defense of the Russian Federation, and others.

"ALGONT" carries out the whole complex of works, including pre-project inspection, vulnerability analysis, design, equipment manufacturing, software development, delivery, installation, system integration, commissioning, Customer's personnel training, warranty and post-warranty service, free consultations on the entire life of the system. The volume and range of products constantly increases. In early 2006, a new administrative and production complex was put into operation. The production area (about 7000 sq.m.) is equipped with the latest modern equipment. Control of production stages and acceptance of products is carried out by specialists of the quality service, and military products - additionally by the representative of the military customer. The company has implemented and operates a certified quality management system that meets the requirements of the international standard ISO 9001 series. Our customers are state structures (the Ministry of Defense of the Russian Federation, Rospotrebnadzor, SC Rosatom), large joint-stock companies (OAO Gazprom, OJSC Concern ROSENERGOATOM, JSC UAZ, OJSC MMC Norilsk Nickel, OAO GAZ "), Industrial enterprises, banks.

Developed by ALGONT software and hardware complex "Integrated System of Technical Security Means" for many years is serially delivered to the objects of the highest category of responsibility and has numerous positive feedback about the work.

In 2005, ALGONT completed the development of the Integrated Complex of Physical Protection Systems (IKSFZ) of the new generation. As a result, a set of hardware and software tools for a single management platform for integrated facilities and physical protection systems for critical facilities of the Russian Ministry of Defense was developed. The complex implements the requirements of the guidelines on information security in automated military systems. The complex is certified for information security requirements. In 2006, a new integrated complex of physical protection "M5", certified for compliance with the requirements for processing information constituting the state